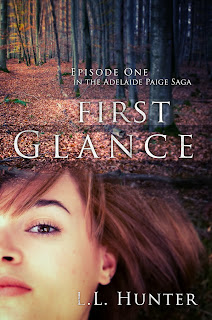 What if you had the ability to see into the future? What if you knew how someone might die?
Would you do something about it?

This is Adelaide Paige’s dilemma.

She wakes up one day with the ability to see into the future, but she has no desire to be a savior. All Adelaide wants is to graduate college and to become a Forensic Scientist… maybe even date a little. She just wants an ordinary life.

But her world is turned upside down when two dead girls turn up at the local morgue where she works. Adelaide soon discovers that these cases are not your everyday cases, but there is a serial killer out there.
Someone who is murdering young women just like her.

She has a decision to make.

Choose to reveal her secret and risk losing those closest to her? Or remain in the background and let the police handle it?

Will Adelaide make the choice in time to save those she loves… or even herself… from a similar fate?

A thrilling NA contemporary novel from the author of The Garden of Eden, The Legend of the Archangel Series, and Treacherous.

Add to your Goodreads shelf: https://www.goodreads.com/book/show/18405105-first-glance 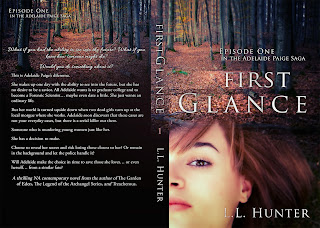 Getting a call to come into work at three in the morning is not a new thing for me. I often expect it.
But I didn’t expect this.
“This better be important, Jim, if I’m giving up my warm bed for this.”
“It is Addy. I can assure you.”
“Ugh! Why are you so perky this time of morning!”
“I’m a vampire. I sleep during the day.” I shoot ice missiles at my unnaturally perky assistant as he strolls over the fridge to retrieve the reason I was called down here. In less than a minute he has the body bag on a gurney and wheeled in front of me and sliding onto the metal slab.
“It still gives me the heebie jeebies just thinking about it.”
I glance at him in confusion and anticipation and start to unzip the bag.
The face that greets me is not what I was expecting. I jump back with a shriek. Normally I am fine around dead bodies, being a morgue technician and studying forensic science, but nothing I have seen previously prepares me for this.
Lying on the slab in front of me pale and cold is a face more familiar to me than anyone else’s. It’s my face.

The surprise is not only is TREACHEROUS getting a facelift, but its getting a sequel!!

Yes, you heard me right. In a few days time TREACHEROUS will be re-published with a brand new cover courtesy of Author Rebecca Berto at  http://bertodesigns.com whom also designed FIRST GLANCE's cover above.

The sequel will be called TORTUROUS (Thanks Melissa Andrea for the name!) and will be out late 2014.

And now for the new cover... 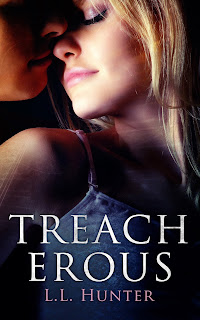 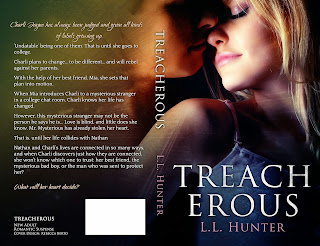