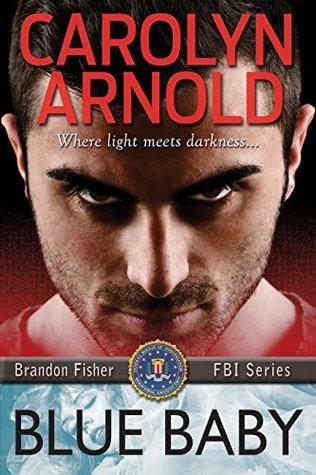 Happiness is elusive for many, but from the killer’s standpoint, it’s something he creates. And he’s determined to get it right…at least one more time.

The murders were one year apart, but the similarities have the interest of the FBI. Both victims were found in their tubs, dressed in their wedding gowns. But that’s not the worst of it. When a third body is found, Brandon Fisher and his team make the chilling discovery that more than the killer’s method of operation connects the women.

This is the first book of Carolyn's i've read, and i was pleasently surprised. I love crime novels, especially the ones with gritty forensic details. Having studied Forensic Science myself, it's very rare to find one with forensic details. Carolyn's a master story teller. This book was very well written and i enjoyed it so much i had to go and buy book 1. 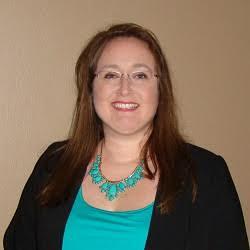 Author Bio:CAROLYN ARNOLD is the international best-selling and award-winning author of the Madison Knight, Brandon Fisher, and McKinley Mystery series. She is the only author with POLICE PROCEDURALS RESPECTED BY LAW ENFORCEMENT.™

Carolyn was born in a small town, but that doesn’t keep her from dreaming big. And on par with her large dreams is her overactive imagination that conjures up killers and cases to solve. She currently lives in a city near Toronto with her husband and two beagles, Max and Chelsea. She is also a member of Crime Writers of Canada.

And don’t forget to sign up for her newsletter for up-to-date information on release and special offers at http://carolynarnold.net/newsletters.

Prologue
THE WHITE SILK WAS DRAPED over the porcelain of the tub like angel wings. She was beautiful, radiant. Her face was flushed, and her eyes were open and staring at him.
He took the set of fake lashes from his pocket and applied them. He coated her eyeball with glue before delicately using both hands to pull her eyes closed. The extensions fanned against her flesh.
He applied the eye shadow and stepped back to appreciate the hues of brown and gold.
Next. Lipstick.
He smeared the tube across her lips. The bright red was an exquisite touch of color against her fair skin. He put the veil in place and wisped back the nylon until it framed her face and ensconced her shoulders. He stood back to admire his work thus far.
Divine.
The blonde sat with her back against the end of the tub, her dress spilling down her frame and over the ledge. Her hair was a bed of curls beneath her veil. Her makeup appeared professional, and he was pleased with his hard work. He wasn’t nearly as perfect with the first one.
Her mouth carried a hint of peace. Of happiness.
The Big Event was under way.
“Almost.”
His gaze went to her left hand resting in her lap.
How could he have been so foolish? Was he rushing things? He moved swiftly through her apartment and found what he sought on her dresser.
“There you go, beautiful.” He slipped the wedding ring on her finger, leaving him with one final task.
He took the cigar cutter from his pocket, slipped her ring finger into it, and squeezed. As he had the first time, he marveled at the ease of it, how such small blades were able to cut through bone. He let the severed finger fall against her ivory dress.
Stepping back, he took in her beauty.
She was pleased. It was in the way her lips were set.
He smiled. “Now, you can just be happy.”