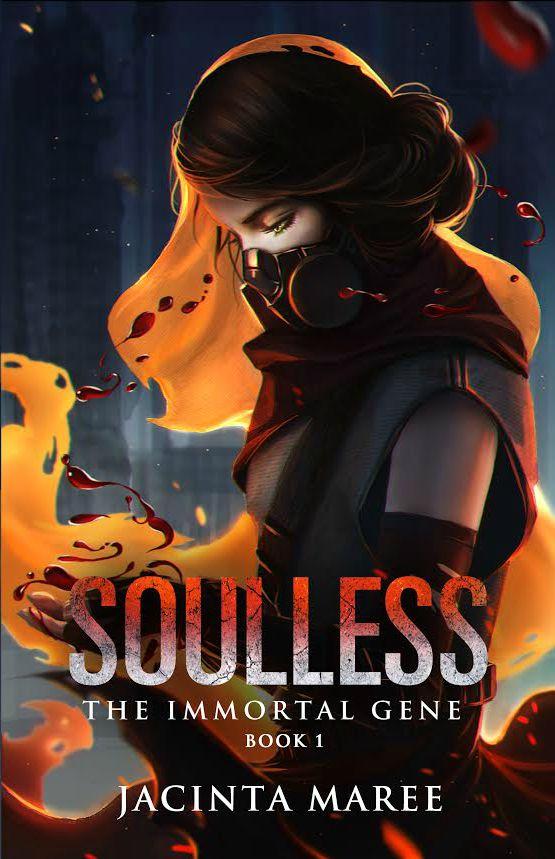 Blurb:
Welcome to Soulless.We are the generation that laughs at death.Reincarnation; what was once considered a gift of immortality has become an eternity of nightmares.Nadia Richards lives in a world plagued by reincarnation, a system of recycling souls where all past memories, personalities and traumatic events are relived daily in disjointed sequences. Trapped within their own warped realities, not even the richest and most powerful are saved from their own minds unraveling. Madness is the new human nature, and civilizations are crumpling beneath themselves trying to outrun it. Within a society that ignores death, Nadia appears to be the one exception to the reincarnation trap. Born without any reincarnated memories and with printless eyes, the hot tempered 19 year old quickly becomes the ultimate prize to all those wishing to end the vicious cycle, or for some, to ensure they could evade death forever.

Soulless is a fresh take on the dystopian genre. It is exciting and full of action. If you like Divergent or Taherah Mafi's Juliette Chronicles, then you'll enjoy Soulless! Some parts really grossed me out but I think that's an estimate of Jacinta's talent as a writer. Jacinta is a fantastic writer with an amazing imagination and I cannot wait to read more from her. 5/5 stars! 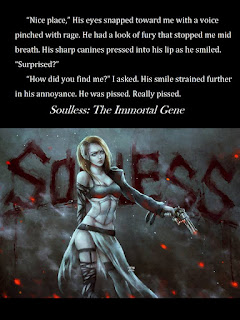 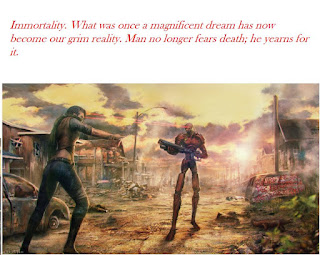 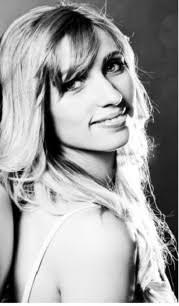 Author Bio:
Born in Melbourne Australia, Jacinta Maree considers herself a chocoholic with an obsession with dragons, video gaming and Japan. She writes a variety of genres including YA paranormal, steampunk, horror, new adult, dystopian and fantasy. Winner of 2014 Horror of the year and bestselling author, Jacinta writes to bring enjoyment to others while fulfilling her own need to explore the weird and the impossible.

Excerpt: The world had turned to waste; immortality was never meant for man and it drove humanity to the edge of destruction. There had been plenty of stories about how the human race would end. Unlike the movies from Hollywood, there was no big bang like a sun exploding; there was no catastrophic moment where our world was flipped upside down like in a nuclear war or zombie virus outbreak. It was gradual, like a seeping virus that withered everything within its path until it ground us down into brittle, hollowed cores. It wasn’t out to destroy our bodies; it destroyed everything we once treasured. Hope, love, compassion, joy… even our mortality. It was all gone. And now it mocked us with a peace we could never achieve, death.