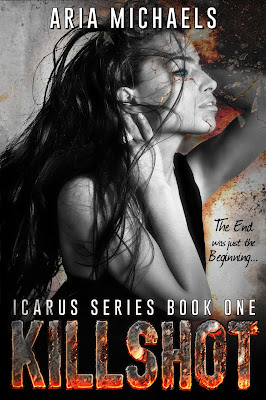 Blurb:
After the death of their parents, seventeen year old Liv Larson and her younger brother are separated by the foster care system. Her grades slip, her friends drift away, and she gives up on her plans for college. The only thing that matters is keeping the promise to get back to her brother. After months of solitude and anti-social behavior, Liv's best friend Riley drags her to their high school's rooftop solar flare party. Despite the beautiful lights dancing in the sky, Liv finds herself captivated by Zander, a mysterious boy with a crooked smile. For a few hours, she allows herself to feel normal again.
That is until what should have been a small flare erupts into a massive solar storm. Cut off from the rest of the world with no sign of rescue, fear and paranoia begin to take their toll on the group. Battle lines are drawn and their ranks are divided. Soon, those left behind must embark on a perilous journey to save one of their own…but, something sinister awaits them in the shadows and it’s undeniably connected to Liv.
Can she keep her promise to reunite with her brother? What are Liv and her friends willing to do to survive? Will their bravery and determination be enough to save them all from a rogue military unit, a terrifying virus, and the things that go bump in the night?
Or was Icarus really the KILLSHOT? 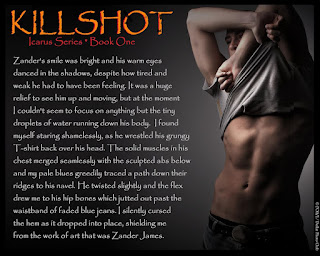 I didn't know what i was going to expect when i opened this book, but I was pleasantly surprised. A solar flare hits and a group of teens must learn to survive.
I liked the descriptions and the world building. it was like i was actually there with the characters.
I can't wait to see what happens next! 5/5 stars 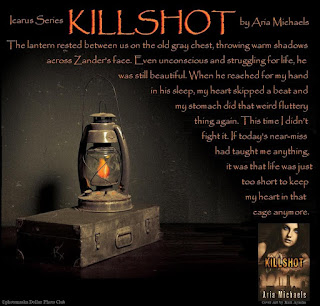 Aria Michaels is the author of The Icarus Series, a bestselling young adult dystopian saga as well as a contributor to ATZ's Chronology of the Apocalypse. Aria is an avid reader, die-hard zombie fan, and enthusiastic lover of bonfires and red wine. When she is not glued to her computer pouring out the voices in her head, this busy single mom can be found playing in the dirt with her boys, painting, or binge-watching The Walking Dead. Aria is currently hard at work on the next installment of the Icarus Series and reveling in her role as instigator of literary mayhem and stealth assassin of fictional characters.
"You are never more than one chapter away from a different future." --Aria Michaels
Author Links:
Facebook Page: https://www.facebook.com/AriaMichaels.Fiction
Amazon Author Central:  http://amzn.to/1O2NYCg
Twitter: https://twitter.com/AriaMichaelsYA or @AriaMichaelsYA
Website: www.ariamichaels.com
GoodReads: https://www.goodreads.com/author/show/8573796.Aria_Michaels
Buy Links:
Killshot (Icarus Series, Book One)
Amazon:  http://amzn.to/1O2QfgM
Audible:  http://amzn.to/2qgwZ84
Before the Sky Fell (An Icarus Series Novella)-
Amazon:  http://amzn.to/1sZzVEh
Audible: http://amzn.to/2pLyh7Z
Ballistic (Icarus Series, Book Two)
Amazon: http://amzn.to/1UfA6kn 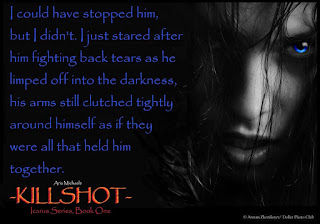 The flames licked at my heels and without thinking, I threw my leg over the solid oak railing and pushed off. I held on for dear life as I sailed down the thick banister and landed with a thud at the bottom of the staircase. Nothing was recognizable anymore through the trenches of smoke, but I instinctively headed back the way I had come. The swinging door crashed to the ground behind me, sending shards of flaming wood my direction. I rolled to the side to avoid them and slammed my already sore shoulder into the corner of the breakfast bar.
“Ahh,” I groaned as I inched my way along the tile floor.
I oriented myself towards the only light I could see; a shred of night sky that peeked through glass doors ahead. The moonlight seemed pale in comparison to the smothering darkness of the black smoke around me. My head was buzzing and my vision was blurry. My hands and feet felt numb, but somehow I dragged myself over to the sliding door. I tried to get up but found I could not reach the handle. I shoved at the frame, but the door would not open. Desperate and disoriented, I rolled onto my back and kicked at the glass.
It laughed at me and held firm.
I felt myself sinking into the floor, my limbs no longer responding to commands. My eyes would not open but I could feel the heat closing in on me. I always heard your life flashed before your eyes just before you died, but in my case it was more of a random, fleeting thought…I died trying to save a stuffed animal.
Tiny diamonds rained down on me and a breeze tickled my face. My body floated weightlessly through the flames.
“Liv, hold on!”
“Liv, hold on!”
But I didn't want to hold on. I was so tired. 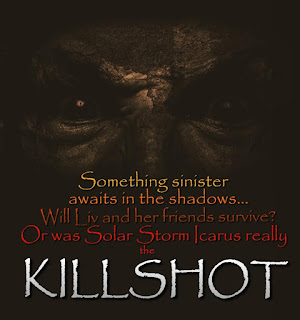 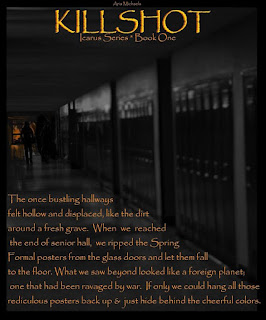