June 15, 2018
I'm thrilled to share the cover for my upcoming book with you today.

Woman in the Photograph follows Chloe, an Aussie freelance writer whom, on a work assignment, meets and falls head over heels for the sexy actor, Hollywood heartthrob Jack Dean. She gets swept up in his world and things get a little... crazy, to say the least, as Chloe tries to deal with the aftermath of a scandalous photo of her and Jack going viral.
This book is funny and dark and shows the light and dark sides of fame.
I'm excited to share this story with you. 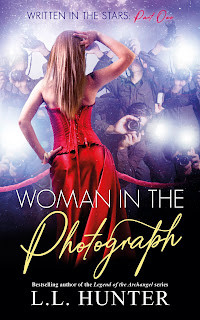 Scroll down to read the blurb and to pre-order your copy.

You know the saying. A picture is worth a thousand words?
Well, it’s true.
And I’m going to tell you why. Or rather, show you.
My name is Chloe Vanderbilt and a few weeks ago, my life changed forever.
And it’s all due to one single photograph.

Freelance writer Chloe Vanderbilt never imagined her life would become a story.
As a Hollywood gossip columnist for one of Australia’s biggest entertainment websites, she’d always written about the lives of those far more glamourous than herself.
One steamy summer night, and a few wines too many, an encounter with a mysterious stranger at a party shakes up her world.
No cameras or phones were allowed at the party, so Chloe thought she’d take the secret to her grave.
When a picture emerges a few weeks later of her and Hollywood ‘it’ boy Jack Dean, it gets tongues wagging and before long, Chloe finds herself the heroine of her own story.
Everyone wants to know about the Sydney writer who stole the heart of Hollywood’s latest heartthrob.
Soon, all of Chloe’s wildest dreams come true.
But is it happening too fast?

Chloe has a decision to make: lose her dignity, or the greatest love of her life?

When the world falls at her feet, will Chloe run with it, or away from it?

This is a story about how one photograph can make or break you.

Make sure you're following my social media, particularly Instagram, because over the next few weeks I'll be revealing a series of teasers before the release of Woman in the Photograph. You WON'T want to miss them!