DOUBLE COVER REVEAL!!! - Boy Behind the Camera and Girl in the Spotlight

January 15, 2020
I'm so excited to reveal the covers for my next two books in the Written in the Stars series.
i am so in love and i hope you will be too.

Scroll down to see the pretties, read the blurbs and pre-order your copies. 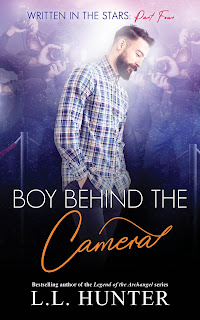 Damian had always wanted to work in movies.
As soon as he was old enough to leave home, he worked hard and moved to Hollywood with dreams to one day own his own film studio.
But everything changed the day Kate walked into his life.
It was love at first sight.
They tried to keep their romance a secret from everyone, but that was near impossible seeing as Kate was the actress he hired. He is supposed to be her writer and director.
But when their secret rendezvous is splashed across the pages of glossy magazines, threatening to ruin everything they worked so hard for.
Damian and Kate must decide what they want more: love or dreams?

Boy Behind the Camera is the fourth book in the Written in the Stars series and the other half of Kate’s story.
Pre-order here! 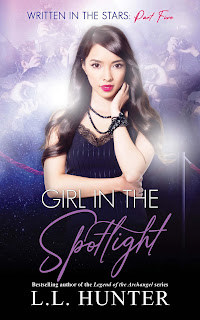 Where’s the justice in the good ones being silenced and the bad ones being allowed to keep doing what they’re doing?
That’s exactly what happened to me.
I mean, my parents live in the spotlight. They warned me about everything that comes with this life.
But I wanted it so badly.
I just didn’t want to believe the rumors until they became reality, until I saw the truth with my own eyes.
By then, it was too late.
My name is Lexi Dean. This is my story.

Being the daughter of successful parents in Hollywood has a lot of perks. Lexi knows that.
But her parents taught her the value of hard work.
That nothing comes for free and you have to work to get to where you want to be in life.
She just wishes it came with the added lesson of trusting your instincts.
When Lexi can’t decide on which path to take in her career, she gets a job at a theatre in LA, hoping that it will help her make up her mind.
But everything is not what It seems at the theatre, and the old Hollywood tricks of smoke and mirrors and lies are being used to the book.
Soon Lexi finds herself in the middle of a scandal, one which causes her to almost lose everything she holds dear.
Will she fight back and take the leading lady role in her own life? or will she be taken down in a media storm?
Will she become the girl in the spotlight?
Or the deer in headlights?