And of course Tania is also an author! Below is some info about her book and an interview I conducted with her. Enjoy! 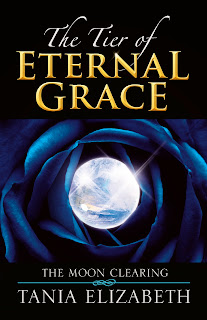 Title: The Tier of Eternal Grace: The Moon Clearing

“She lives of heart through battles of mind.”
The Tier of Eternal Grace is a captivating fantasy of magic and passion, wound into the truths of reality that will enchant readers with its depiction of the faerie realm, and the exploits of the faeries themselves. Book One of the series The Moon Clearing is an immersive tale of mysticism and adventure, of spiritual and sensual intent that shall enrapture your every sense.
SUMMARY
Beyond the boundary that separates the mundane and earthly planes from the divine lies Eterna Fadas, a place ruled by extraordinary beings, lithe and human-like in appearance, yet ethereal in their grace and beauty, and sensuous in nature.
"I have existed always! Where I began I do not know, for all I know is just as I am today!"
As Queen, Tatiana was thought to have lived a life of opulence, her faith and beliefs her endearing essence. Why then was it so, that beneath the picture of perfection laid torments and terrors even she dare not explain. Being She came with its prices paid. Being She came with a deal; a contract in which she was to relinquish herself to a rogue of unmerciful fury. Would this be the end of all she know? Would this be the end of her existence?

For more information on Tania Elizabeth herself, and her trilogy The Tier of Eternal Grace, you may follow these links. 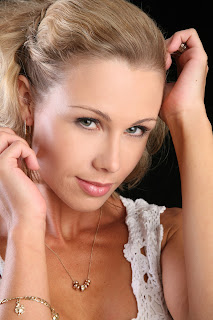 1. Have you always wanted to be an author?

It was something in which I had dreamed of for as long back as I can remember.
2. How long have you been writing for?

Writing has been a part of my almost everyday from the mere age of 11. Though I had never truly believed in my abilities, or had the courage to live out my dreams until only 2 years ago. This is when The Tier of Eternal Grace began to mold into something more than just a vision.

3. How did the inspiration for your book/s come to you?

My ideas arose from the desire to write a book that not only enabled the reader to delve into an enchanting realm of magic, love, betrayal, deceit, every emotion under the sun. But that also had the reader begin a journey of self discovery and to learn to love oneself within. As for the faeries, I have had an avid interest in faeries ever since I was a child.

4. Do you read the same genre that you write?

Actually, I’m a girl of who enjoys reading all genres. Though, if I’m honest, my favorite is fantasy fiction. I love to loose myself within a world of illusion and originality.

5. Typically, how long does it take you to finish a book, from conception to editing?

The first round of written work, which would you believe is always with paper and pen, generally takes me a couple of months. Now the rewrites and the editing process, that’s a whole different story.

6. Do people you know inspire your writing?

My biggest inspiration would be that of my own self. Beyond that would be my three beautiful children of who inspire me on every level within my life.

7. Which authors have inspired you?

To begin with, I would have to name, Enid Blyton. For it was her books, The Adventures of the Faraway Tree and The Wishing Chair in which had me lost in the fantasy worlds as a child.
The classical and poetic writings of William Shakespeare.
And, Florence Scovel Shinn, who wrote the book in which was the catalyst for my own journey of self love and discovery.

8. Do you have a favorite author/s?

The answer to that question is one of no end really. Though, if I had to name one, I would say Dean Mayes. His words of a somewhat poetic influence and his worded description brings me to the place and time with complete ease.

9. Are there any other books in this series?

The Tier of Eternal Grace is a trilogy. So, yes. Book One The Moon Clearing was released earlier this year. Book Two, The Mirrors Shadow will be launched late September, and Book Three will make its appearance in the earlier part of 2014.

10. Is your protagonist based on yourself?

Tatiana Grace is based very much so on the present me. Though both other main female characters are also aspects of myself. Crystabella for example, being the young, naive me.

11. What is your goal/wish for your book in the upcoming year?

As all authors do, I would hope for it to reach a best sellers list. For myself, this would also mean my larger dreams of funding other charity organizations would be brought to life much sooner.

A message from Tania:

I am asking for all’s assistance.
To give to others is to give to oneself, and  I NEED YOUR HELP!!!
Help us to raise funds for the Starlight Children's Foundation, which supports terminally ill children and their families.
There are two ways in which people can help. It is very simple.
By simply hosting, reviewing or interviewing myself/my book via a blog post, amazon, newspaper, radio, TV within a 21day window frame, between the dates of Friday 12th of April and Friday the 3rd of May. For every appearance, I will be donating $1 to the Starlight Children’s Foundation.
If any of you could help, I would be so grateful. If you could connect me with anyone else who would be happy to interview, do a short post or review on myself/my book, I would be ever so grateful more.

I am also asking for donations, even $1, which you may do direct via this link.  http://starlightday2013.gofundraise.com.au/page/ElizabethT
You may also follow our progress on the Starlight Author's Aid Facebook Page. http://www.facebook.com/StarlightAuthorsAid

We are looking at making this an annual event. This year it is based upon myself, though every year after, we will base it upon another upcoming author. So please share and pass this along to all. Let's make this a huge affair and raise much needed funds for a very worthy cause.

My heartfelt thanks to all.
Love, Blessings and Faerie Kisses always xo

This is a wonderful charity. If you can't donate, please please spread the word about Tania's campaign, she only has 2 weeks left!