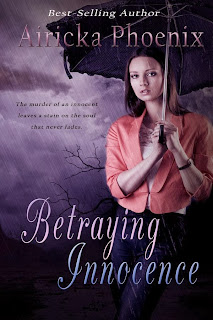 Betraying Innocence Synopsis
October 31, 1983, seventeen year old Johnny Baits vanishes without a trace, leaving the slumbering town of Chipawaha Creek, British Columbia reeling with his mysterious disappearance. Twenty-nine years later, The French family moves into his home, never realizing they're not alone in the house.
For seventeen year old Roseanna French moving to a strange new town is a problem she can handle. But even she's not prepared for the evil that has been sitting dormant for years... waiting. When seemingly harmless noises and creeping shadows at night leads to the murder of the people closest to her, Ana has to find a way to stop the evil before it can consume her completely


and she can no longer wash the blood from her hands.

Rafael Ramirez is battling his own demons. Unlike Ana's, his has been haunting him for years. But running isn't an option. He has a mother, a brother and a sister looking to him to keep them safe. He doesn’t have time for pretty girls with issues, even if the sight of her makes him hope for things a guy like him doesn’t deserve. But when Ana asks Rafe for help, what can he do except give it? But what happens when the evil comes after his family? Can they stop it before it's too late or will it claim them the way it had claimed Johnny?

Excerpt
“Where is he?” he growled, doing a circle. “Where is he?”
“I … I think he’s gone,” Ana croaked, fighting not to give into the fainting sensation beckoning her to sway into its arms.
Rafe hurried over to her and took her hand. “Come on!”
She let herself be dragged up the path to the house, positive she would never have made it there on her own.
On the porch, he stopped and faced to her, his eyes intense. “Get inside and lock the door.”
Ana wanted to laugh. If she could’ve stopped shivering, stopped her teeth from chattering, her heart from going crazy in her chest, she would have reminded him that a closed door didn’t apply to ghosts. That locked or not, it wouldn’t stop that thing from getting inside. But there was something else, another reason that going inside wouldn’t help.
“He’s in there,” she told him, tears suddenly burning her eyes. Her bottom lip trembled.
“What?” He yanked her away from the open door and thrust her behind him. “Where?”
She sniffled, wanting so desperately to just bury her face into the planes of his back and cry. “In my room,” she whispered, absolutely certain of this now. “He’s inside my walls.”
It no longer mattered if he thought her insane. Her problems were so much bigger, so much more frightening. Plus, was she crazy if he’d seen it too? If he’d fought it? Was she still insane?
Rafe didn’t look disbelieving. He looked horrified and angry. His eyes widened, darting between her and the door. “What was that thing, Ana?”
“I don’t know!” she cried, no longer able to stop the flood of tears that washed down her face, mixing with the pond water. “I don’t know! I don’t know! I thought I was crazy. I thought … I’m not crazy! You saw him. You saw him, didn’t you? I’m not—”
She was suddenly in his arms, held so tight it was almost impossible to breathe. But it wasn’t close enough.
“Shh,” he whispered into her temple. “You’re not crazy. I saw him, too.” 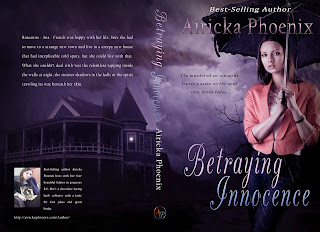 Everything this woman writes is gold. I knew we would have another winner/ bestseller on our hands. Airicka really knows how to write scenes that make you feel like you are there with the characters, and she can write some pretty sexy book boys as well! Another thing she does well is suspense and terrifiying situations. I literally felt sick reading about what happened to the Mayor's son. Read this in the dark, i dare you! 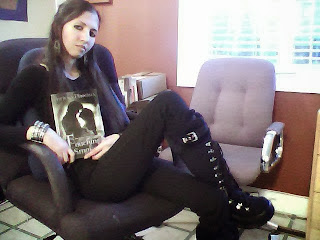 Huddled beneath a perpetual cloud of imagination, International Best-Selling author Airicka Phoenix lives with her huband and four gorgeous children in the beautiful province of British Columbia. When she's not busy playing with her imaginary friends, creating worlds and toying with fictional lives, she can be found reading, polishing her collection of daggers, or chilling with her kids.
Airicka is the creator of THE TOUCH SAGA, THE SONS OF JUDGMENT SAGA, THE LOST GIRL SERIES, GAMES OF FIRE, and BETRAYING INNOCENCE. The conclusion of Finding Kia, book 2 of The Lost Girl Series, REVEALING KIA, will be out November 2013. She also has plans to release a Sci-Fi horror/romance, WHEN NIGHT FALLS, in December of 2013.
Airicka also writes adult paranormal & contemporary romance under her alter ego, Morgana Phoenix. She has a paranormal short coming out December 2013 in SNOWED IN, An Anthology and CAPTURE ME, Morgana's debut novel will be released Fall 2014.
For more about Airicka, visit her website at: http://airickaphoenix.com/Author/
Facebook: https://www.facebook.com/pages/Airicka-Phoenix/252135634831614
Twitter: http://twitter.com/#!/AirickaPhoenix
Goodreads: http://www.goodreads.com/AirickaPhoenix
LinkedIn: http://www.linkedin.com/pub/airicka-phoenix/40/432/74
Fanpage: http://www.goodreads.com/group/show/100193 - See more at: http://www.anchorgrouppublishing.com/authors.html#sthash.ldk4sWph.dpuf 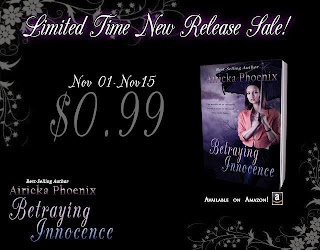 As it states above, Betraying Innocence is on sale until november 15th which is the end of the tour. I seriously recommend you go one- click this RIGHT NOW!

And i seriously recommend you check out the giveaway Airicka has going on.