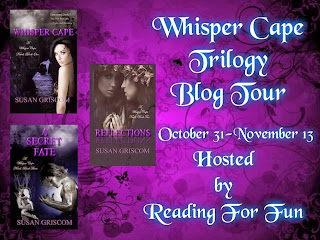 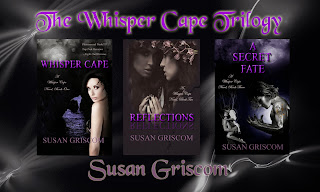 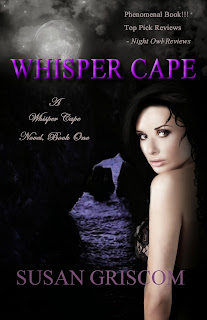 A powerful woman, an extraordinary man, and a maniac who wants to destroy them. Fate has brought them together, but will it make them stronger or destroy them all in end?

Escape to a world where the impossible becomes possible and sparks ignite.

WHISPER CAPE is a town of secrets and Addison MacKenna soon becomes tangled in a web of them. Plagued with nightmares of her father's sudden and brutal death, Addie struggles with her anguish and refuses to believe his demise was accidental.

Fighting to shake off one of those devastating early morning nightmares, Addison finds it even harder to escape from the vision of a man lying on the side of the road--a man she may have just killed. When she frantically tries to locate him, he seemingly disappears, just the beginning of strange occurrences in her life. She also cannot ignore the weird sensations in her own body. Suddenly, the impossible seems possible, but is that a blessing or a curse?
Believing that her continual and worsening nightmares are both the key to her own new abilities and the clue to her father's death, Addie knows she will not rest until she has the answers she craves. As she strives to cope with her new remarkable talents, someone else learns of her abilities--a disgruntled maniacal psychopath with his own agenda that involves eliminating Addie. The only one who can protect her, instruct her in the use of her powers and teach her how to destroy the murderous monster is the same man who makes Addie's heart race and her blood heat with passion. The same man she'd left for dead.

Cael Sheridan may be arrogant and mysterious but he's also undeniably gorgeous. A member of a secret society, he is sworn to protect the woman he believes to be the daughter of his recently murdered mentor. In the process, he finds it impossible to resist her magnetic sensuality, complicating his efforts to shield and guide her as she learns to manage her newly acquired skills. At the same time, Addison has much to teach him about trust and commitment. Will fate win in the end? You be the judge.
Amazon Link (Links to both US & UK)
Barnes & Noble Link
Add it to your read list on Goodreads

My review: What a wonderful read! Whisper cape is full of all the elements I love about my favourite books: mystery, relatable characters, paranormal storyline, superpowers. Added in the mix are some very steamy scenes and you have a very addictive read. Cannot wait to read the next two! 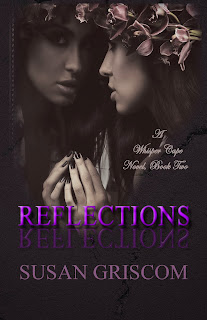 Book 2 in the Steamy Paranormal Romance/Suspense, Whisper Cape Series
What if you heard a voice whispering warnings while you coped with a frightening pregnancy?
Knowing the future has its advantages...or does it?
Can love survive the reflections and memories lost?
Welcome to Maia's world.
Gerry has loved Maia from the very first moment he laid eyes on her and now that she's pregnant with his child, he's over the moon with happiness. Likewise, Maia is overjoyed about having Gerry's baby, but when she starts seeing and hearing an old woman who warns Maia about the pregnancy, Maia starts to think she is losing her mind. But Maia's nightmare has only just begun...

A beautiful woman, the talented lead singer in an up and coming rock band, sets her sights on Gerry determined to rekindle an old flame. But murder befalls the sleepy town of Whisper Cape once again, creating suspicion and betrayal, and a love once considered invincible, begins to crumble and fall apart.

Reflections buy links:
Amazon Link (Links to both US & UK)
Barnes & Noble Link
Add it to your reading list on Goodreads

My Review: Reflections, book 2 in the Whisper Cape saga, follows the story of Maia and Gerry's love. The author feels more in touch with her characters in this book and I really felt what they were feeling, especially Addie's anguish at the end. I won't tell you what happened but I really hope she finds Cael again. Now excuse me while I go off to immerse myself in book 3.

4/5 stars because i am totally Team Caddie! (Addie + Cael) 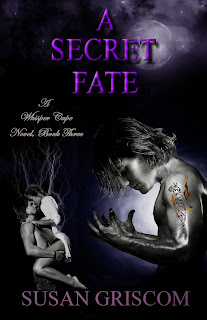 Cael and Addison’s fate has taken an unexpected turn.

Gerry, Addie and Cael almost captured Careen’s murderer only to lose Cael in the battle—a battle that nearly cost him his life. But despite his survival, he faces a new challenge, thanks to Gerry's handiwork: will Cael remember Addie or is their love lost with him?

Addie’s family and friends think she should keep the relationship a secret from Cael so he isn't forced into feelings he can't remember. Just what she needs, more secrets and on top of everything else, someone stole the crystal. How is she supposed to get over the loss of her lover, a lover she'd barely had for only a few short months and deal with the secret of the lost crystal at the same time?

Aiden wants nothing more than to help Addie overcome her grief and get over Cael. Or is that all he wants? What happens when too many people know the secret and someone slips up?

Barnes & Noble
Find it on Goodreads: 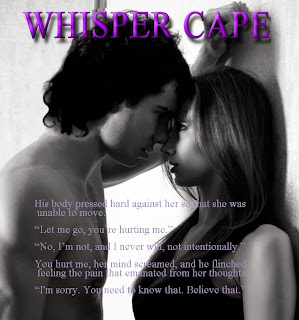 I grew up in a small town in Pennsylvania, spending most of my time daydreaming or playing around in the mud.
I grew out of the mud play, well, most of the time, a good soak in the mud is always fun. I still daydream often and sometimes my daydreams interrupt my daydreams. So I write to remember them. If I didn't write, I think my mind would explode from an overload of fantasy and weirdness. To the annoyance of my friends and family, my characters sometimes become a part of my world. During my childhood, I would frequently get in trouble in school for daydreaming. Eventually, my vivid imagination paid off and I had the privilege of writing and co-directing my sixth-grade class play—a dreadful disaster, though not from my writing, of course. I'm pretty sure it was the acting.

I enjoy writing about characters living in small quaint towns and tend to lean toward the unusual and edgy.

My paranormal playing field delves into a different milieu, abandoning vampires and werewolves, but not discounting them. Someday I might like to write a novel about vamps and those furry creatures. But for now I like the bizarre mixed with romance. A strong hero or heroine confronted with extraordinary forces of nature, powers and capabilities gets my blood running hot as does an steamy contemporary romantic suspense. 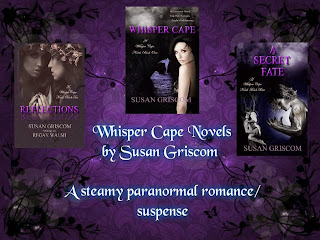