The End of Days Series by Meg Collett - Spotlight

I've been lucky enough to review the entire End of Days Trilogy by Meg Collett. If you love angels then you should definately check the series out. The final book in the series, The Only One, comes out June 30th.

Book 1 in the End of Days series 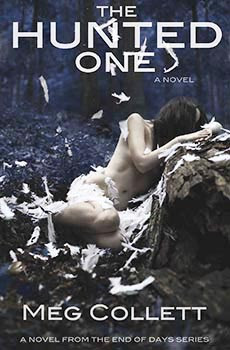 The fallen have trespassed into Heaven for the first time in eternity. Prepared for battle, Michaela and her Archangels open Heaven’s gates to confront the fallen. Only, Michaela’s Archangels—her brothers and sisters in Heaven—betray her. And when the fallen attack the sanctuary in the skies through the gates Michaela inadvertently left open, the holy angels accuse Michaela of planning the invasion.   One simple mistake with a thousand consequences.   Dragged to Earth by an Archangel turned fallen, Michaela will do anything to return to Heaven and save it. In her fervor, she kills the Archangel—something no angel has ever done before. Wingless, without any hope, Michaela welcomes death when an unlikely human ally, Clark, finds her. With the help of Clark and Gabriel, an innocent Archangel whose friendship deepens into something far more torrid and unexpected on Earth, Michaela must prove the holy angels have their own plan for Heaven, and it is one that may prove to be the End of the Days.   It may be too late to save herself, but Michaela is the only one who knows the truth about the holy angels. If she fails, she may never be able to return to Heaven. But even that may be a hopeless dream.

Book 2 in the End of Days series 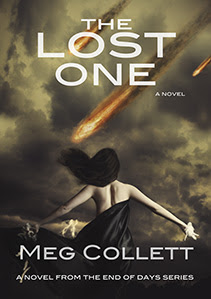 They say some things must be broken before they can be fixed. But when Michaela hoped to cast doubt on the Aethere, she never thought things would fall apart like they did. Now the Aethere have turned their attention to the End of Days, and they won’t rest until they obtain the tools of Earth's final destruction: the Seven Seals.   The world is falling apart at the seams, and Michaela finds herself clutching the threads. She alone understands what will happen if the Aethere ever get the seals, and it’s the one thing she will fight to the death to prevent if she has to.   Even amidst the devastation on Earth, Michaela struggles to restore her faith in Gabriel. Together, they'll need to decide if their love is strong enough to erase the line she had fought so hard to draw between holy and fallen.   Michaela said she wanted a war, but when the End is looming, what will she fight for?

This series just gets better with each book. In The Lost One, we learn more about Clark's parents and origins. We also see more of Lucifer which was exciting. Although at times the characters seem to blend in to each other, and at times were a little dull, the plot and story arcs really carry this book forward. I can't wait to see what happens next. 4/5 stars

Coming Soon: Look out for The Only One Release Day Blitz and my review.