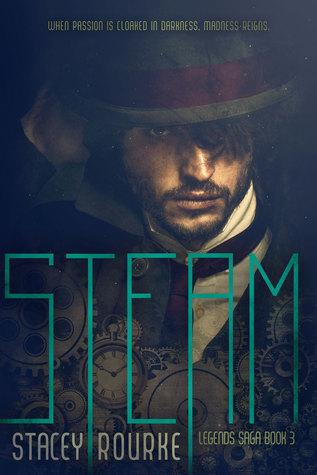 Blurb:
Time passes, sins forgotten.The bodies of the victims long since rotten. Trapped within the essence of the Headless Horseman by the guilt of slaughtering her best friend, Ireland Crane follows the father of science fiction, HG Wells, in search of freedom from the curse that binds her. Instead, she discovers even he has a hidden agenda. A dark, relentless passion to be reunited with the woman he loves has driven him to manipulate time and a murderous Horseman. Yet heed my warning, as the Raven flies,The Hessian will come … and you will die.All that prevents Ireland from abandoning Wells’ twisted pursuit, or introducing him to her sword, are the undead witches haunting her. Begging for freedom from a vile succubus, the ghoulish coven leads Ireland and her crew on a journey through Salem’s sordid past. There, they learn there is more to Nathaniel Hawthorne’s history than a scarlet letter, and the secret they’ve uncovered seeks to destroy them all.

I liked the concept of the series and this book, and some of the characters were interesting, like Rip and Ichabod, but i just couldn't connect with Ireland and this made for a frustrating read. 4/5 stars.

This book was a little better. I loved that they investigated the tattoo parlour where Ireland got her strange ink. I do love Ireland with Noah - he's a hottie. But again i just couldn't really connect with the dialogue. That is just me though. I need instant chemistry with a person or book to connect. 4/5 stars

The whole idea of the book and the series is interesting. I love the spin on the classic tale of the Headless Horseman and Sleepy Hollow, and the witches of Salem, and the twist with the main character. Unfortunately i just couldn't connect with her and her humour was really dry - too dry even for me: an Aussie with dry humour. 4/5 stars. 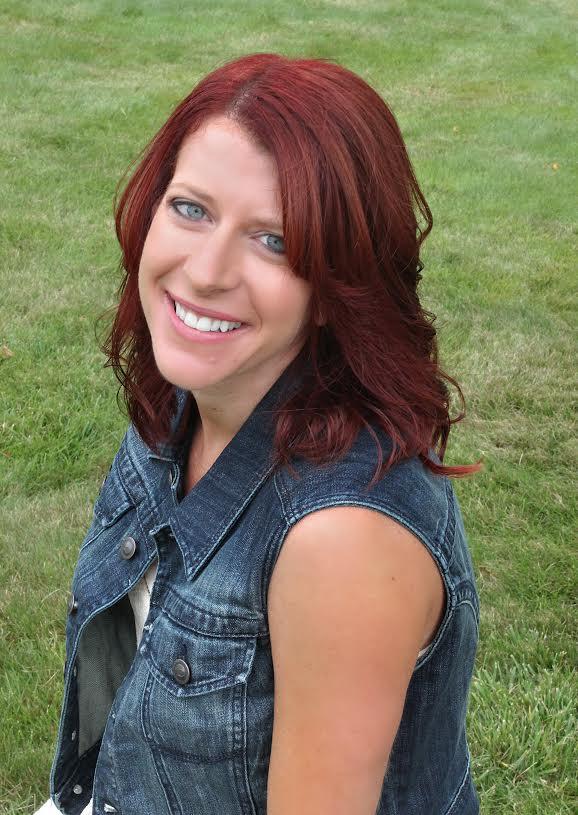 
Stacey Rourke is the author of the award winning YA Gryphon Series, the chillingly suspenseful Legends Saga, and the romantic comedy Adapted for Film. She lives in Michigan with her husband, two beautiful daughters, and two giant dogs. She loves to travel, has an unhealthy shoe addiction, and considers herself blessed to make a career out of talking to the imaginary people that live in her head.


Excerpt:
Cradled in his strong arms, Peyton’s eyes snapped open. Her welcoming pools of blue had been stained to inky black voids of nothingness. Fat cerulean veins wriggled beneath the surface of her skin, like roused and ravenous serpents. Malachi pulled back, Peyton’s body floating upright as if hooked by the ribs and dragged. Bones audibly snapped, and her head contorted at a freakish angle to gape in Ireland’s direction.
To the cantankerous Horseman, that was the equivalent of throwing down the gauntlet. Feeling her senses sharpen, Ireland braced herself with one hand on the back of a booth. Catapulting over Malachi’s head, she landed beside him in a low crouch and forcibly shoved him aside. The lights continued to flash, each illumination revealing another grisly contortion of Peyton’s body: knees bending backward, arms twisting in countless joints, her spine seemingly liquid as she rolled head over feet in Ireland’s direction. The motion appeared more arachnid than human.
The window to their right shattered in a spray of shards, Ireland’s sword sailing in to settle into her waiting palm. While everyone else shielded themselves from the shrapnel, she struck a defensive pose with her sword by her ear in an overhand grasp. “Don’t make me stab a nun,” she growled. “I mean, I’ll do it, but I won’t feel good about it.”
Again, the nun’s body rotated in an inexplicably spineless back walkover that ended with her feet being planted directly in front of Ireland.
Chest rising and falling with the yearning for bedlam, Ireland hissed out a simple warning, “Don’t do this.”
Peyton’s body retracted board straight, the ends of her hair brushing the floor before she flung forward as if on a spring. Her fingers darted out to encircle the wrist of Ireland’s sword wielding hand. Blood trickled from her nose, staining her lips with ruby droplets. Leaning in, cheek to cheek, her breath singed Ireland’s nostrils with the foul, rotten-egg stench of sulfur.
“Take … her … to … hell,” Peyton rasped against Ireland’s ear.
The lights beamed back on. The ghouls gone.
Letting her sword fall to the ground with an ear-piercing twang, Ireland caught the full weight of Peyton’s body as she fell limp against her.
“I’m pretty sure we’re already there,” she rumbled and eased the girl to the ground.