Read the first chapter of the next Legend of the Archangel book!

October 07, 2015
I'm in a particularly generous mood today, so i thought i'd share the first chapter of the next Legend of the Archangel book with you. You won't read it anywhere else!

But first, i'll bring you up to speed on the rest of the series.

Book 1: The Chronicles of Fire and Ice 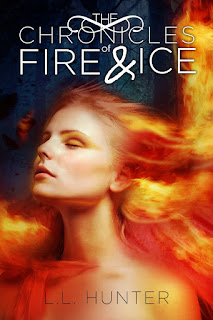 Download The Chronicles of Fire and Ice for FREE at all ebook retailers!

Book 2: The Chronicles of Blood and Stone 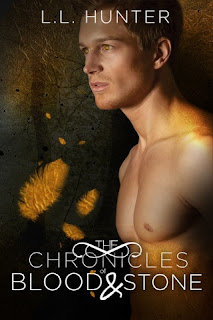 Book 3: The Chronicles of Silver and Gold 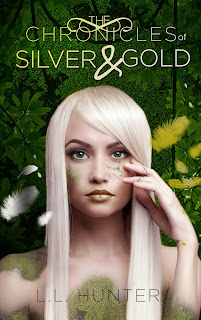 Book 4: The Chronicles of Rain and Dreams 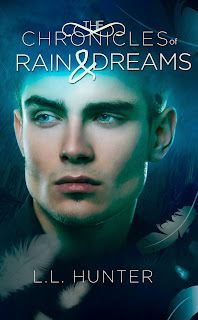 (cover to be revealed early november!)

Pre-order The Chronicles of Light and Dark

Read the first chapter of The Chronicles of Light and Dark, exclusive to this blog!

(Copyrighted by me, L.L. Hunter. Unedited and subject to change. Any errors are entirely my fault)

Everything was white.
Everything was black.
How could something be two things at once?
Dyston didn’t remember the bullet. Was it a bullet? He only remembered leaping on top of his brother.
And then the pain.
The pain was unlike anything he had ever felt.
“Lakyn?” He gasped. “Lakyn!” He eased himself off his brother’s body and slumped down on the palace’s cracked stone steps next to him. “Lake, look at me, buddy.”
He looked up into the ice blue eyes of his older brother and saw a kind of blissful expression on his unshaven face. That look shot him right through the heart all over again. It hurt worse than the actual bullet.
“It’s all right, little brother. It’s just a flesh wound. I should be worried about you. You’re hurt worse.” Lakyn reached out and touched Dyston’s chest. He brushed his fingertips over his brother’s skin sending some of his healing trait towards the affected area. There was a gaping hole in the middle of Dyston’s chest. The edges of the wound looked charred and blackened. What would cause a wound like this? It definitely wasn’t an arrow. No matter how many times Lakyn tried healing Dyston, it just wasn’t working.
“I’m… so… sorry,” he gasped, before falling unconscious against the steps.
“Lakyn? No. Don’t close your eyes. Lakyn? Lakyn!”
He wasn’t answering him. Why wasn’t he answering him? He was about to shout for help when pain seized him and he fell onto the steps beside his brother.

***
Scarlett checked her phone and the oak bedroom door. Dyston should have been here by now. Beth had probably wanted to spend more time with her youngest son before going back to her presidential duties. The door burst open and Scarlett shot up in her bed. She pulled the sheet up to her chin to cover herself. She’d dressed in the sexiest sleepwear she could find, a black lace nightgown, ready for the long awaited reunion with Dyston. But it was not Dyston who rushed into her room.
“Em?”
“Turn on the TV. Quick!” Scarlett blinked, barely registering what Emer was telling her to do. Thankfully she didn’t have to move off the bed. Emer found the remote control and switched on the wall-mounted flatscreen before joining her on the bed. Emer sat on the end and Scarlett moved to sit beside her. Emer nervously twirled her blonde ponytail around her finger.
A news program was on the screen with the words ‘breaking news’ slashed across it. Emer turned up the volume. What they witnessed made their blood freeze.
“We’re coming to you live from St Peter’s square in Vatican City, where it appears there has been a shooting,” the news reporter said. An unsteady helicopter camera shot filled the screen showing an aerial view of the square. The Palace could easily be seen on the left. When it zoomed in to focus on something on the steps of the palace, Scarlett’s breath caught in her throat.
“No!” she whispered. It couldn’t be. She would know those two figures anywhere.
“Now, it is not clear who was actually shot at this point, but it appears there were possibly two victims, both related.” A female reporter appeared on the screen, standing in front of the palace steps. She put her hand to her ear. “We’ve just got confirmation from the Nephilim Palace, home to the President of Nephilim society, that the victims are none other than The President’s own sons, Lakyn and Dyston Blackbell.”
“Oh my God!” Emer exclaimed, her hand flew to her mouth. Scarlett couldn’t breathe.
Scarlett swallowed the lump that had formed in her throat. She could still feel the familiar sting in her eyes as if she still had tears, but no liquid pooled there. She couldn’t speak. What words could convey how she felt?
“The Blackbell brothers have been taken to the private Nephilim hospital where they’ll be undergoing emergency procedures in order to save them.” A montage of Lakyn filled the screen. It showed him leaving the palace and walking to a waiting car, at the airport walking to the Blackbell Inc private plane, always dressed in a well-cut suit. It also showed him shaking hands with powerful world leaders and Nephilim dignitaries – people whom he had done business with. Scarlett tuned out.
“Lakyn Blackbell has become a public figure in recent years, heading his family business Blackbell Incorperated, which as you all you, created the angelic weapons most of you use today. The Blackbells also used to run an Academy in Melbourne Australia, until it was destroyed last year in a suspicious fire.”
The last few words gave Scarlett pause.
“Suspicious fire?” Emer questioned. “That was you. It was destroyed by you when you fell.”
“I know,” Scarlett croaked. “It seems as though someone covered it up.”
“That’s weird. I wonder who?”
“Probably Beth or Zachariah… I’ve heard enough.” Scarlett turned off the TV when the reporter started to go on about how Lakyn became the head of the Lucifites with his father. Scarlett was glad there was no gossip about Dyston. She slipped off the bed and went to her closet.
“You’re going to see him, aren’t you?” Emer asked, studying her best friend from the end of the bed. Scarlett nodded. “I have to. Something isn’t right about this. Lakyn has the ability to heal. He could heal Dyston and himself. There’s no way they could be mortally wounded.”
“But the reporter said the news had come from the Palace, from Beth herself.” Scarlett finished dressing in jeans and a long sleeved black top, her boots and a leather jacket. She tied her long unruly red hair into a ponytail atop her head and strapped her dagger at her hip.
“Something doesn’t feel right.” With one last glance at Emer, Scarlett left the room.
***