October 05, 2016
Hey guys,
The past few weeks have been INSANELY BUSY!

I recently started a new job at the State Theatre in Sydney, which i love! I've also been finishing off a few book projects and preparing a little something i recently came up with.

The idea for this new blog series came to me back in June at Supanova and it was inspired by the very man i am featuring in this post - the very funny, the very charismatic Tim Ferguson.

For those of you who don't know who Tim is, he is the writer and director of new Aussie comedy Spin Out. I recently saw the film and it was fantastic! Such a fun movie.
Anyway, i met Tim at Supanova and it turns out we have quiet a few friends in common. I had quite a few questions for him about writing and about his life, so i organised to have a chat with him over the phone, and he agreed! This is a rough transcript from the interview. (There were other shenanigans that went down, but i can't include everything.) Anyway, i hope you enjoy my interview with Tim Ferguson. 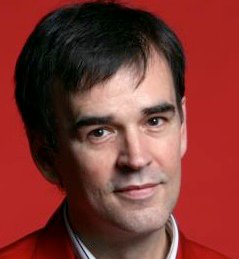 LL:     Growing up, did you always want to be a writer?
TF: No, I really liked talking. I thought talking was where it was at. Comedian. Actor.
When I got diagnosed with MS, I thought there was one thing I could do. And that was write comedy

LL:     Did you always want to write for film? Or other mediums as well?
: Tv.
It’s great fun writing and shooting film but my first love is live TV.

LL:     How did you get into screenwriting?
: It was accidental. Ted Robinson from ABC asked if we (The Doug Anthony all stars) wanted to do a sitcom and we said yes. I’ve always loved watching actors bring things to a script that I’ve created. It’s explosive, the feeling you get watching your work come to life.

LL:     Is it difficult to make films in Australia?
: Oh, yeah. The pressures on filmmakers in Australia start with the fact that we’re in Australia. There’s no point in making a film for a small audience as the audience is already small! If the idea is good and the characters are good, and your script is sound the only the thing you need is tenacity. It took 10 years for Edwina and I to bring our idea to fruition. (Spin Out) 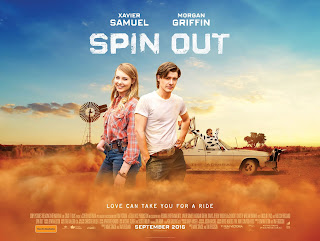 LL:     Do you have any advice for budding filmmakers and aspiring screenwriters who’d like to make it in the industry one day?
: Be prepared to work with others. No one can do it alone. Why would you? If you work with other people then the project becomes greater than the sum of its parts.
Writers become too precious about their work.
And nobody is that good.
Don’t ever say 'dumbing down' again! What you mean to say is 'simplify' and every script needs that. Simple demands that you are smarter. Stop being opaque and ambiguous. It makes you look like a fool.

LL:     How important is cultural diversity in modern writing and film?
TF:

Not at all. Cultural diversity must always follow the ideas at hand. It’s good to be mindful of diversity in terms of casting, where appropriate. And it’s important to include people with disability in creative projects, on screen and off, including accurately portraying people with mental or intellectual disabilities.
But the story always comes first. What and who is the story about? Diversity on the page for its own sake can seem token and forced.

You’re a big advocate for people with a disability in the arts and entertainment industry. And so am i. Personally, as someone with a disability in the arts who has had to overcome many barriers. (I was diagnosed with Aspergers in my teens) What do we need to do to show producers and writers and directors that people with disabilities CAN do everything an able- bodied person can do?

TF: What we need to do is get writers excited about disabled characters.
There are many obstacles they need to get over first before fighting the bad guy and getting the girl.
A disability is only one thing.
There is nothing a disabled person can’t overcome because they’ve spent their whole lives overcoming obstacles. Screen NSW are the first company to put money behind disability.

LL:     How did you get to where you are today?
TF: with a lot of help from my friends.

Now, for some fun! Here’s a few questions I like to ask all writers.

LL:     What’s your day look like? Give us a glimpse into the life of Tim Ferguson.
TF: I start at 5am, write til midday, breakfast, then I work the phones for 2 hours, and then I write til my lovely Canadian wife comes home.

LL: Coffee or tea?
TF: Coffee. Who doesn't drink coffee?!
LL: Yeah, what is wrong with them?

LL: Who/ what inspires you?
TF: I like listening to Mahler. Quentin Kernihan.

LL:  If you had the chance to have dinner with anyone, living or dead, who would it be and why?
TF: Donald Trump. So, I could put masking tape around his head and explain a few things to him.

It was immensely fun talking to Tim.

His film Spin Out, is out now in Aussie cinemas!


Coming soon on the blog:

Look out for the next instalment in my new blog series: Inspirational Words - Interview with Director and writer Luke Sparke, and Author Dzintra Sullivan!