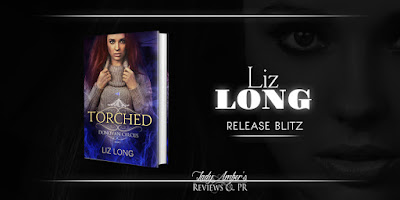 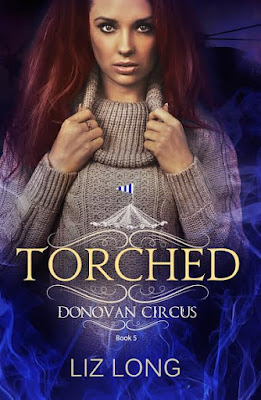 Blurb: Lucy Sullivan and her circus family are finally back where they belong - in the spotlight and with each other. Even ringmaster Sheffield Donovan is in good spirits as their show delights audiences each night. Life is almost back to normal.
Until the US government appears in the form of one General Baker and his army of soldiers. At the threat of worldwide exposure, life as the Donovan Circus knows it is over. Cornered into the General’s terrible experiments, they have no rights, no friends, and no hope of escape. Lucy will lose more than one loved one, and perhaps her own life, in the process.
The Donovan Circus will face the worst danger yet - can Lucy take down an entire government sector, or will the gifted world finally be destroyed once and for all? 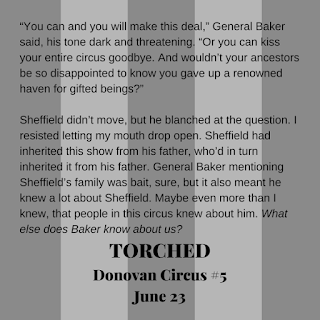 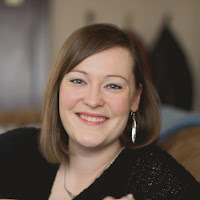 Liz Long is a proud graduate of Longwood University and author of ten novels. Her inspiration comes from action and thriller genres and she spends entirely too much time watching superhero movies. Her day job as Associate Editor includes writing for a magazine publisher in Roanoke, VA. She is also the director of the Roanoke Regional Writers Conference and the annual Roanoke Author Invasion.
Comic book readers and fans of CW Network smash hits Arrow, The Flash, Legends of Tomorrow, and Netflix’s Daredevil will root for Liz Long’s bestselling YA summer series as the HoA’s gifted teen superheroes attempt to save their city from its impending demise. The Donovan Circus series has best been described as "X-Men meets the circus." Adult horror story Witch Hearts tells the tale of a serial killer hunting witches for their powers. New Adult PNR A Reaper Made is about a teen Reaper who gets caught between falling in love or saving her sister's soul. All titles are available for paperback or ebook on Amazon.
To learn more about Liz (including more information on her books, plus writing, marketing, and social media tips), visit her website: http://lizclong.com.
Author Links:
Facebook: http://facebook.com/lizclongauthor
Website: http://lizclong.com
Amazon: http://amzn.to/2slwGtz
Twitter: http://twitter.com/lizclong
Instagram: http://instagram.com/lizclong07
BookBub: https://www.bookbub.com/authors/liz-long
Newsletter signup (new subscribers get 2 free ebooks, including DC #1): http://www.subscribepage.com/lizlongauthornewsletter
Buy Links:
Gifted: http://amzn.to/2spQzAH
Burned: http://amzn.to/2syn13A
Hunted: http://amzn.to/2sll5uq
Ignited: http://amzn.to/2reT8RU
Torched Buy Links:
Amazon: http://amzn.to/2sZ6piu
iBooks: https://itunes.apple.com/us/book/id1245943249
Kobo: https://www.kobo.com/us/en/ebook/torched-9
B&N: https://www.barnesandnoble.com/s/2940154692431 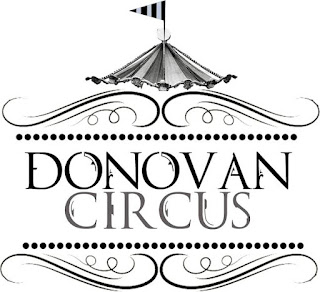 One of our tigers roared, triggering Suzy the elephant to release a trumpet of warning. These strange men were probably stirring up circus members who weren’t already at the party, scaring them half to death. My stomach clenched at the thought; my whole family, practically everyone I knew and loved, was right behind me in the Big Top.
I have to protect them. It was the only thought I had, the only one that mattered. I would do whatever it took to keep my people alive. The soldier directly in front of me snapped to get my attention, instantly annoying me. “Where is Sheffield Donovan?” My chin jutted out. “Who’s asking?”

A new, strong voice answered behind the soldier. It definitely belonged to a man of authority. “The United States government.” 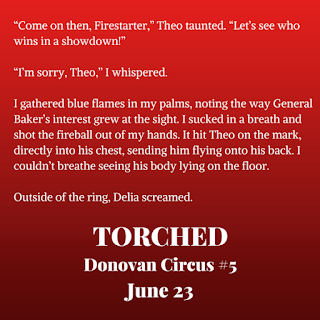