I loved writing Emma's story. It was so much fun. She's a kick butt heroine, with some flaws - my favourite type of character to write!

Before i share a chapter excerpt below, i need to tell you about my surprise. 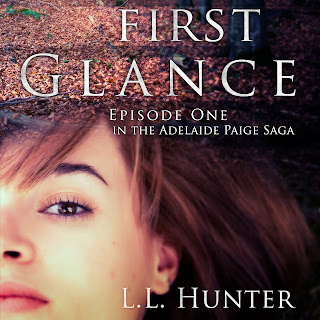 Get your copy here!

Now, back to Illuminate.

Scroll down to read a chapter excerpt and purchase your copy for only 99 cents for a limited time!

Two days later, I landed in Auckland, and as I grabbed my carry-on luggage from the overhead compartment of the plane, I turned on my phone. It beeped several times telling me I had numerous missed calls and unread text messages. As soon as I saw they were from Darcy, I groaned and tossed my phone into the bottom of my bag. Modern technology was a curse as well as a blessing. I needed my phone, laptop, and tablet for work, but could do without the added annoyance of my immortal ex. I didn’t read a single message he had sent me, but I’m sure they were all about me flying off to investigate the mysterious wolves of New Zealand.
He probably thought I was interfering. I was—so he could just deal with it. I had tried to work with him in controlling the supernatural creatures, but lately, more and more humans were becoming aware of us. They had seen things that were… unexplainable. This couldn’t go on much longer.
When I walked out into the airport terminal, I collected my suitcase at the carousel and headed over to hire a car. Before I had stepped off the plane, I placed my sunglasses on. This was for two reasons—one, it was sunny. And two, I didn’t want people to see my pink irises. I could control them most of the time, make them appear blue and human-like, but sometimes, my magic slipped. This happened especially when I was tired. And today I was running on only one coffee, which meant I was tired, and my human glamor was in danger of slipping. And because I was tired, I wasn’t thinking straight. I slid my sunglasses up onto my head when I greeted the car hire sales person. Big mistake. As soon as I set down my suitcase beside the stand and looked up at the man behind the desk, he gasped audibly and dropped the pen he’d been holding onto the desk. It had happened before, and I usually covered myself with humor.
“Oh, are my dark circles that bad? I apologize. I don’t normally subject myself to anyone without at least three coffees in my blood stream.”
“I—” He chuckled awkwardly and scrambled to find his pen and the car brochure. “So how can I help you today?”
“I’d like a good reliable vehicle. One that’s suitable for driving into the mountains and forest areas.”
“Uh… certainly. We have a few cars that will suit your need. Uh…” He was still staring at me, so I slid my shades back over my eyes and smiled at him with closed lips. This got him moving.
“We have a Mitsubishi ACX, a Range Rover, or a Honda CRV available.”
“Perfect. I’ll take the Range Rover,” I told him, placing my credit card down on the counter with a slap.
“Um… sure. Do you have your driver’s license too?”
“Oh. Certainly.” I handed him my driver’s license with a confident smile. The young man, who had to be at least twenty human years old, studied my driver’s license. Probably trying to discern that I was of legal age. I was actually way beyond legal. Over three hundred years past legal to be exact. But since coming to the human realm, I’d had to get fake IDs made. In human years, I was meant to be eighteen. The young man took a copy of my license and handed me papers to sign before handing me the keys to the Range Rover.
“Thank you so much. I appreciate it.”
“You’re welcome.”
I took my license back and picked up my bags before heading outside to the parking lot. I glanced back over my shoulder as I headed out the door to see the young man had stopped staring at me. But that was due to a little distraction spell I may have cast over him to make him look the other way and to make me appear human. I hated using magic, but sometimes, it was hard to avoid. Humans weren’t as aware of things that were different as supernatural beings were, but they were still aware.


I headed out to the Range Rover, which wasn’t hard to find in the small parking lot, and began my search for the mysterious wolves of New Zealand. 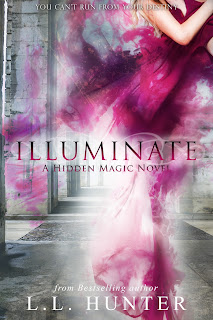 Purchase your copy of Illuminate from most online book retailers in ebook and paperback: