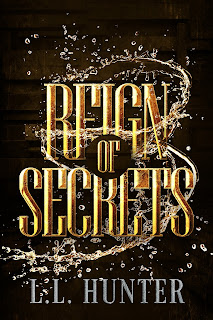 At the Midnight Ball, leave your inhibitions at the door and be who you were born to be…

In the magical kingdom of Sydlandia, 17 year old Grace is hiding a secret.
You see, she’s the heir to the Sydlandian throne. But according to hundreds of years of tradition and history, those with her particular secret are not allowed to be Queen.
Grace is torn between two worlds: the one where she is queen, reigning over her people with strength and authority.
Then there’s the other world: the one where she doesn’t have to pretend. Where she can be herself. Where magic and secrets come out to play.
The Midnight Ball gives her the freedom to be someone else for the night.
But for Grace, that is not so easy.
When a devasting event upends Grace’s world, it will force her to rethink everything she’s ever known.
And question everyone around her.
After all, she’s not the only one hiding secrets.

From the bestselling author of The Dragon Heart series and the Legend of the Archangel series, comes the first book in an all new YA fantasy series.