I've been focusing on expanding my merchandise and getting a few more boxed sets out this year.

The next one to be released is the Angels of London Series.

Other boxed sets in the Nephilim Universe include:

The Legend of the Archangel series

The Angels of London series.

The Ebony Angel Series (coming soon. Once the series is complete.)

All series in the Nephilim Universe don't have to be read in order, but for the best reading experience, I do recommend you following my official reading order here. listed under the blurb.

Or, if you want to read the boxed sets, follow the order listed above.

Get the complete Angels of London series here.

Trust me, you'll want to catch up before third book in the Ebony Angel series, Children of Angels, comes out later this month, because Gabe and Melody return with some surprises ;) 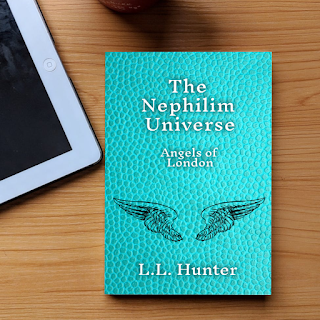